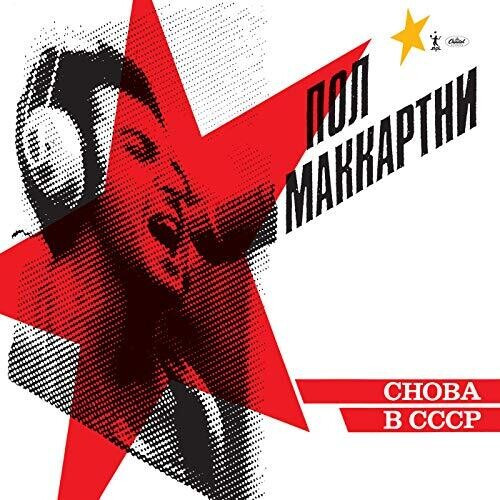 Vinyl LP pressing. Digitally remastered edition. Choba B CCCP, the Russian translation of 'Back In The USSR', was released in the Soviet Union in 1988, making Paul the first artist from the West to issue an album exclusively for that market. (It was released in the rest of the world following the collapse of the Soviet Union in 1991.) Ruminating on the next stage of his career following 1986's Press To Play, Paul decided he wanted to get back to his roots, so hired three session musicians and spent just two days covering his favorite hits from the 1950s. The recording sessions produced 22 songs in total, 13 of them ending up on the final album, with one of the songs left off being a cover of The Beatles' 'I Saw Her Standing There'. For Paul, it was a deeply personal album and a way to acknowledge fans who had supported him and The Beatles since the start. 'When I was very young I asked my dad if people wanted peace,' Paul explained at the time. 'He said to me, 'Yes, people everywhere want peace it's usually politicians that cause trouble.' It always seemed to me that the way The Beatles' music was admired in the USSR tended to prove his point, that people the world over have a great deal in common. In releasing this record exclusively in the Soviet Union, I extend the hand of peace and friendship to the people of Russia.'

EVERYTHING BUT THE GIRL - WALKING WOUNDED

Foals - Everything Not Saved Will Be Lost (Part 2) (Colored Vinyl, Orange, Indie Exclusive)